In December 2019, I went along to the dotCSS and dotJS conferences in Paris as part of my professional development for the year. Here are some quick notes and opinions on the conference for people interested in attending future events. 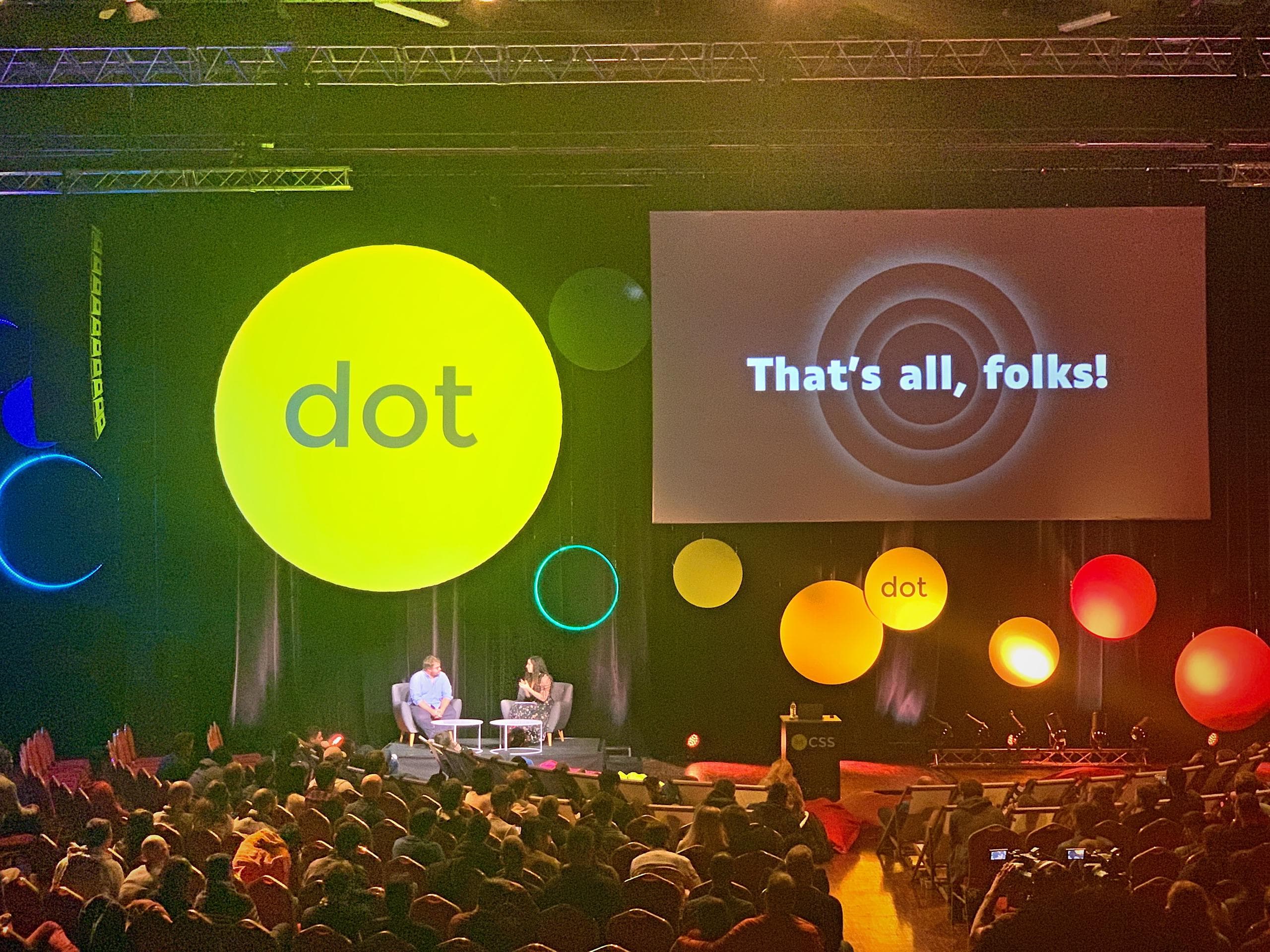 Both conferences were held in a conference hall just north of the Périphérique (Paris ring road) within easy access of public transport. Unfortunately for conference attendees, a general transport strike had taken effect across the whole of France on the days the dotJS was being held but the conference organisers had made a huge effort to minimise disruption by providing a bus service to the venue. I had a bicycle on loan so I cycled to the venue which was a lot of fun, until my pedal fell off.

The dotCSS conference was a half day which I think many people didn’t notice when booking their tickets – certainly the person sitting next to me hadn't known and had travelled very early to make what they thought was the first session, only to find it started in the afternoon. My initial thought was that it seemed like a bit of a cheap trick to play but the actual event was really good with great quality speakers and an engaging compère whose terrible programming jokes were suitably received by the audience. The afternoon format worked really well and I found I was able to concentrate through all the sessions – these conferences only have one track so it’s a case of sitting and listening for a long time (with breaks).

All the session were recorded and are available for free on the dotconferences site. Speaker slides are linked to from each video page. 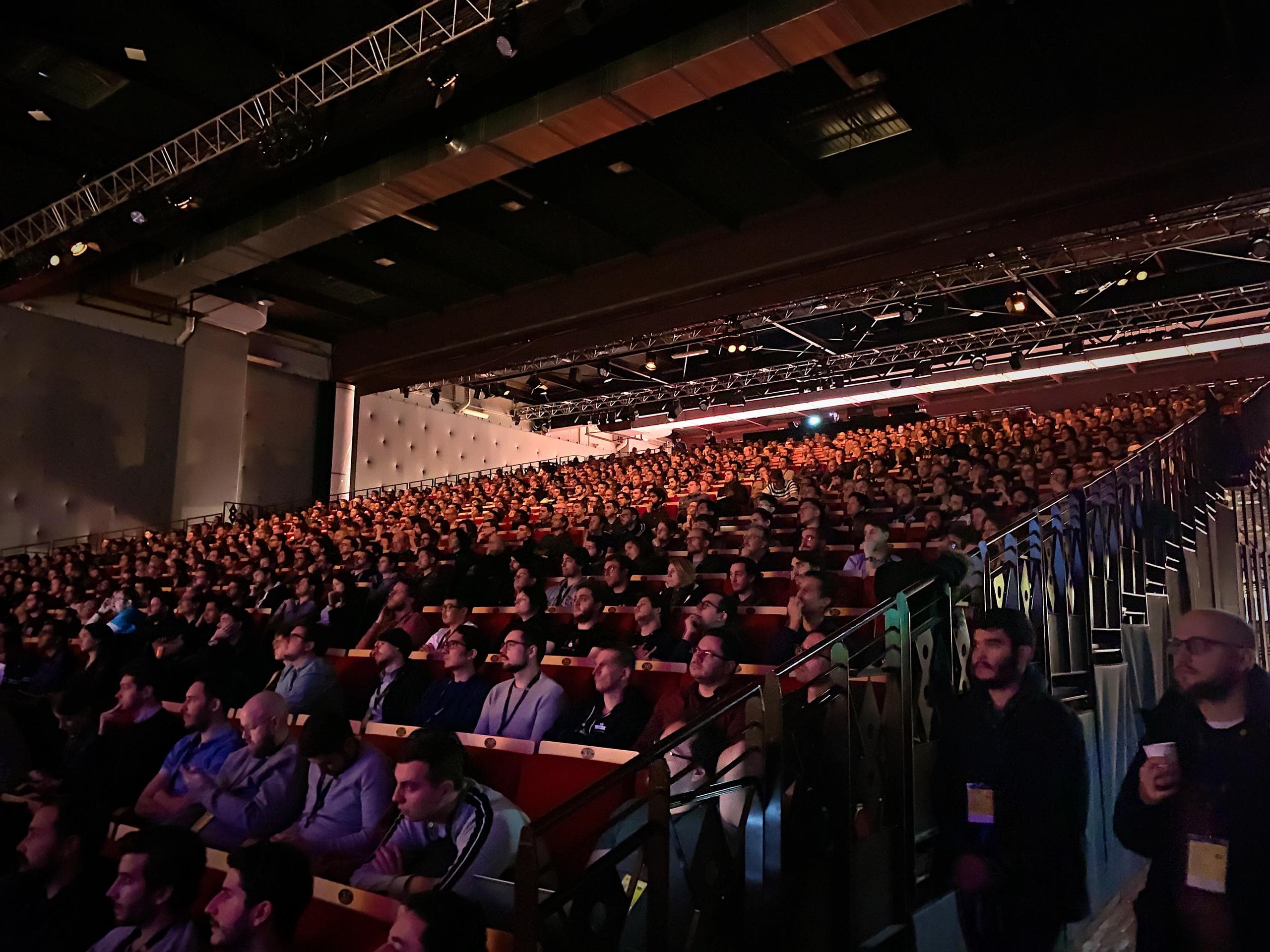 A packed auditorium for dotJS

The dotJS conference is a two day conference held in the same location but on the day after dotCSS. It started at 10:40am (the time was pushed back a little due to the transport strike). Again there is only one track so finding a position in the main auditorium and settling in is required. Due to the previously mentioned pedal incident I was a bit late on the first day and the auditorium was packed making finding a seat tricky. The dotJS conference was very well attended compared to dotCSS.

Breaks and lunch were served in the large food hall on various tables. The food was good quality but it was a little hard to tell where to go for specific dietary needs due to the large press of people around every serving area. Vegan food was well highlighted with a sign above the table but gluten free people had to browse to discover their area – but at least they were catered for.

After eating there were a lot of people in the main hall and I’m not great with crowds (I live in a village of about 80 people) so I settled into a seat in the auditorium to wait for the sessions to start. If you get there early enough there is a row half way up the auditorium slope with extra leg room which was much appreciated after cycling through Paris with only pedal.

Attendees were from all over, obviously many were French, but there were accents and languages from many different countries. As the conference is all presented in English a reasonable level of comprehension is required. There was a reasonably diverse mix of people but, as ever, there was a higher proportion of men attending.

All sessions were filmed and are available for free on the dotconferences site. Speaker slides are linked to from each video page. 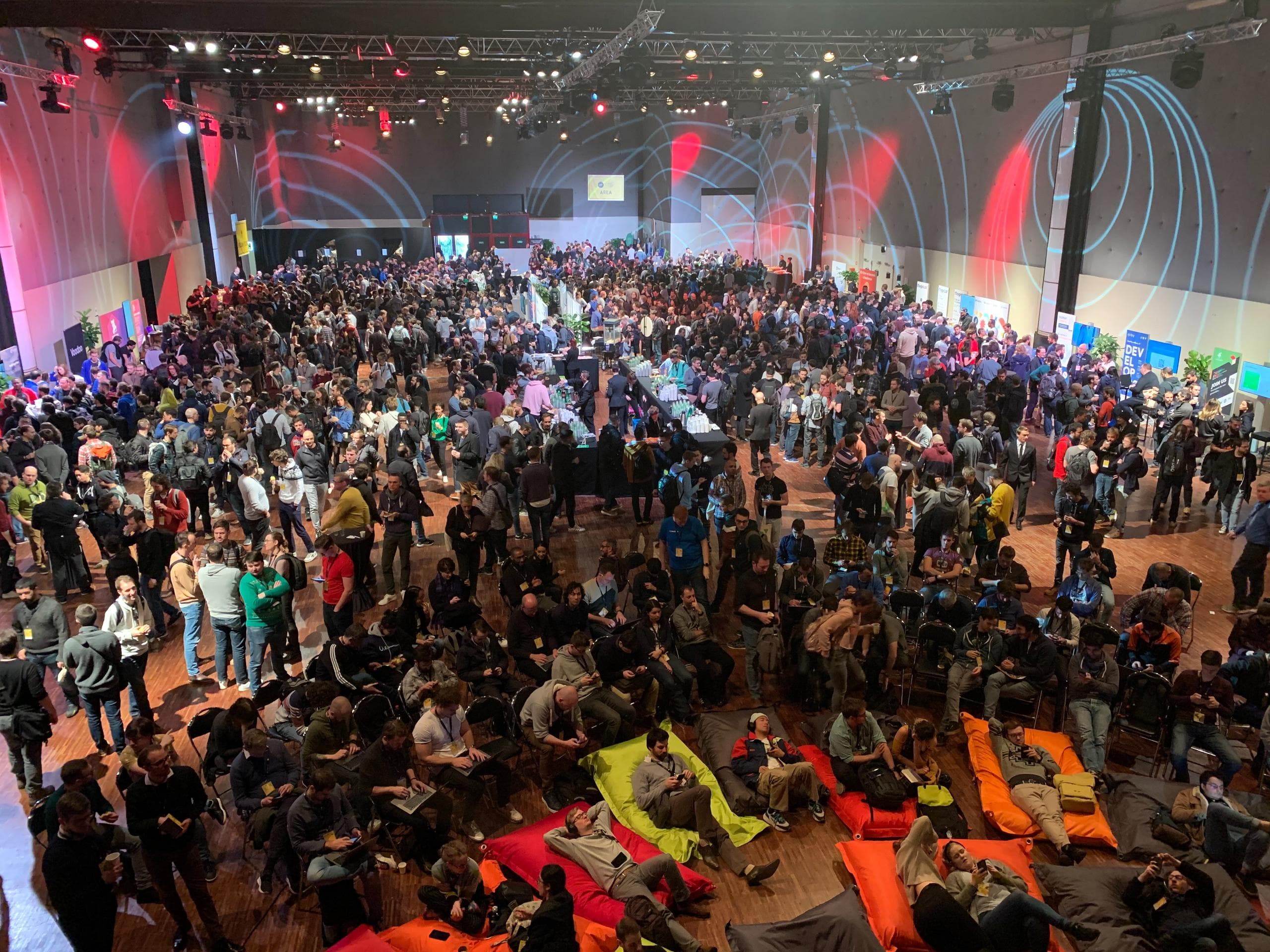 Attendees taking a break between talks

Would I go again?

Personally I really enjoyed attending these conferences. It felt like I didn't have to make many decisions with just the one track and I also felt that if I missed something I knew I could catch up on the talk later once it was uploaded. The atmosphere was positive and enjoyable, the venue was good and the access issues wouldn't usually be a problem. The quality of the speakers was high with fairly varied content although generally pitched at a reasonably high level of pervious knowledge rather than complete introductions to subjects. I think I enjoyed dotCSS more in some ways, the half day format worked well for me in terms of concentration and the subject matter was more interesting to me personally. Being held in Paris, there was plenty to do and see outside of conference hours.

So yes, I would go again.

I hope this will be useful to someone considering whether to attend a dot conference in the future. They are well organised events with quality speakers and a positive attempt at being carbon neutral. If you're on the fence, try watching one of the videos and see whether it would be your kind of thing. 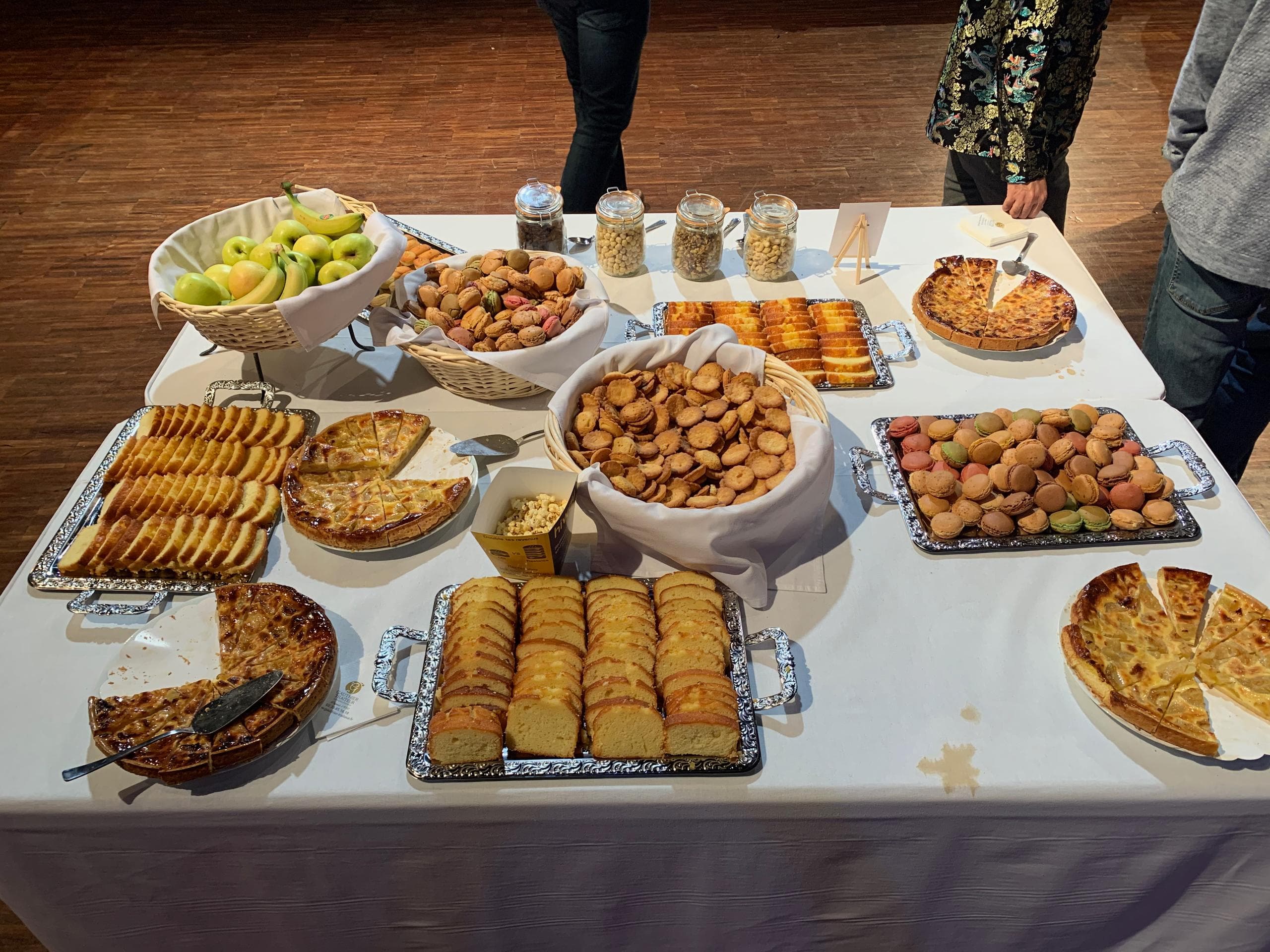