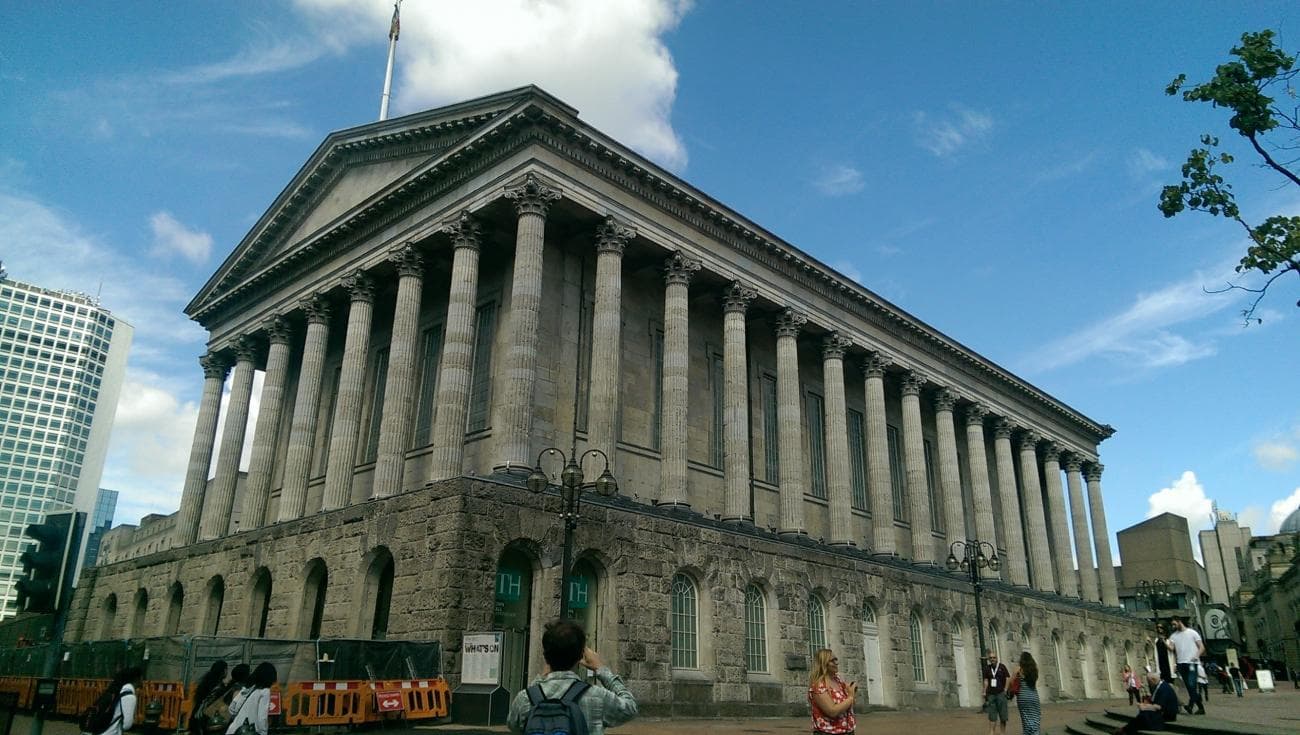 Once again I find myself in Birmingham Town Hall, with my colleague Maria, ready for the annual Co-operatives Congress.

This is the annual gathering of the UK Co-operative Movement, with attendees from all sizes of co-operative, from the small worker co-operatives like Agile Collective, Footprint and Parecco, to the large consumer co-operatives such as Mid Counties, right up to the mega 'co-op of co-ops', The Co-operative group.

The first thing I notice when arriving is how many people we already know in the co-operative sector. I guess this is through attending previous annual congress events, and more recently the worker co-operative weekends that have happened over the last few years. Cath from Footprint, Bob from Suma, Debs from Delta T as well as many of the friendly faces from Co-operative UK. I have a natural affinity with people from other worker co-operatives, as we have so much in common and so much to learn from each other, but I am also reminded that there are many people from across the sector who are inspirational, share our co-operative values and that we also have plenty to learn from each other.

The agenda for the AGM is pretty standard this year - minutes of the previous meeting, attendance, financial accounts, reappointing auditors, and some minor changes of the rules to bring in line with the new Co-operatives and Community Societies.

Some interesting points were raised from the minutes of last year's previous meeting:

The voting on approving the accounts and changes took place either by a show of hands or by ballot in the case of rules changes. Interestingly, the voting at Co-ops UK meetings is based on the number of employees a member has. So Agile Collective gets three votes (cast together as a single vote). The Co-operative Group gets 9712! This is clearly a huge disparity in one sense, rather than the 'one member, one vote' we might expect. However, the fact that the larger consumer co-operatives do represent thousands of employees should clearly be taken into account, so I do see the reasoning. It is also worth noting that the membership dues to co-operatives UK are also in proportion to the number of employees. So the co-op group does pay more, does have more employees, and does have more say in voting and the governance of co-operatives UK. I often reflect on the differences between consumer co-operatives and worker co-operatives, something which is not really reflected in the membership structure of Co-operatives UK, all co-op members are treated equally based on size. But I think worker co-operatives and other employee owned businesses are in quite a different position from consumer co-operatives, but I have yet to clarify my thoughts on how this might be reflected in the membership structure of Co-ops UK. One person raised the point of cross subsidising, that the larger members pay more to Co-operatives UK to in effect support the smaller members. On the face of it this sounds like a good thing, but I need to give it some more thought.

There were a few questions and comments from the floor throughout the AGM, some of which I will note here.

Some of the new board members introduced themselves, including a rather fun chap called Alex Bird, who challenged the huge pay packages of executives (at the Co-op Group?)

"Anyone who can’t manage on less than a quarter of a million pounds a year, isn’t capable of managing a large organisation!" Alex Bird @coopalex3

The votes were counted and the outcome was as follows:

We should go to the international co-operative meetings to meet and engage with co-ops from around the world: