Last Thursday, Aaron and I started a new code club at my daughter’s primary school in Oxford, with Agile Collective generously sponsoring our time and resources to do this.

Having run the first two terms last year at another school, I was somewhat better prepared this time and had all the materials and badges ready to go on day 1. We were expecting 15 children, so you can imagine our surprise when we were told that 18 children were about to join us as we only had 15 computers with Scratch installed (we are using Scratch 1.4 and the old materials). Luckily two children were willing to share a computer, and we had two laptops with us, so everyone was catered for. It was also lucky that two teachers joined us to observe the session, which proved invaluable when the questions started rolling in turning the ‘observers’ more into ‘facilitators’.

Overall the session went really well. We had a good range of abilities, from those who had never used scratch , to those that had created their own animations, to my daughter who had completed the first two terms last year. On this occasion I didn’t have the more recent resources for term 3 to offer my daughter, which was perhaps just as well as she rose to the task of helping others with the first ‘Felix and Herbert’ session.

I think about 80% of the group completed the first session, with 2 or 3 moving on to the ‘Fireworks’ session. I can see that the group’s ability is quite diverse which may result in different children working on different projects. Hopefully that doesn’t create additional overhead in the weeks to come.

The teachers who joined us were delighted with the session. They also agreed to come along next time to help facilitate, which is a huge relief as I know how much time pressure is on teachers are these days and I'm not sure we can manage without them.

The main point is that all the children seemed to really enjoy themselves. I think the fact that we had a slightly older group this year (mostly year 5 and 6)  than last year (mostly year 4) created a calmer atmosphere where everyone could crack on without being so easily distracted. 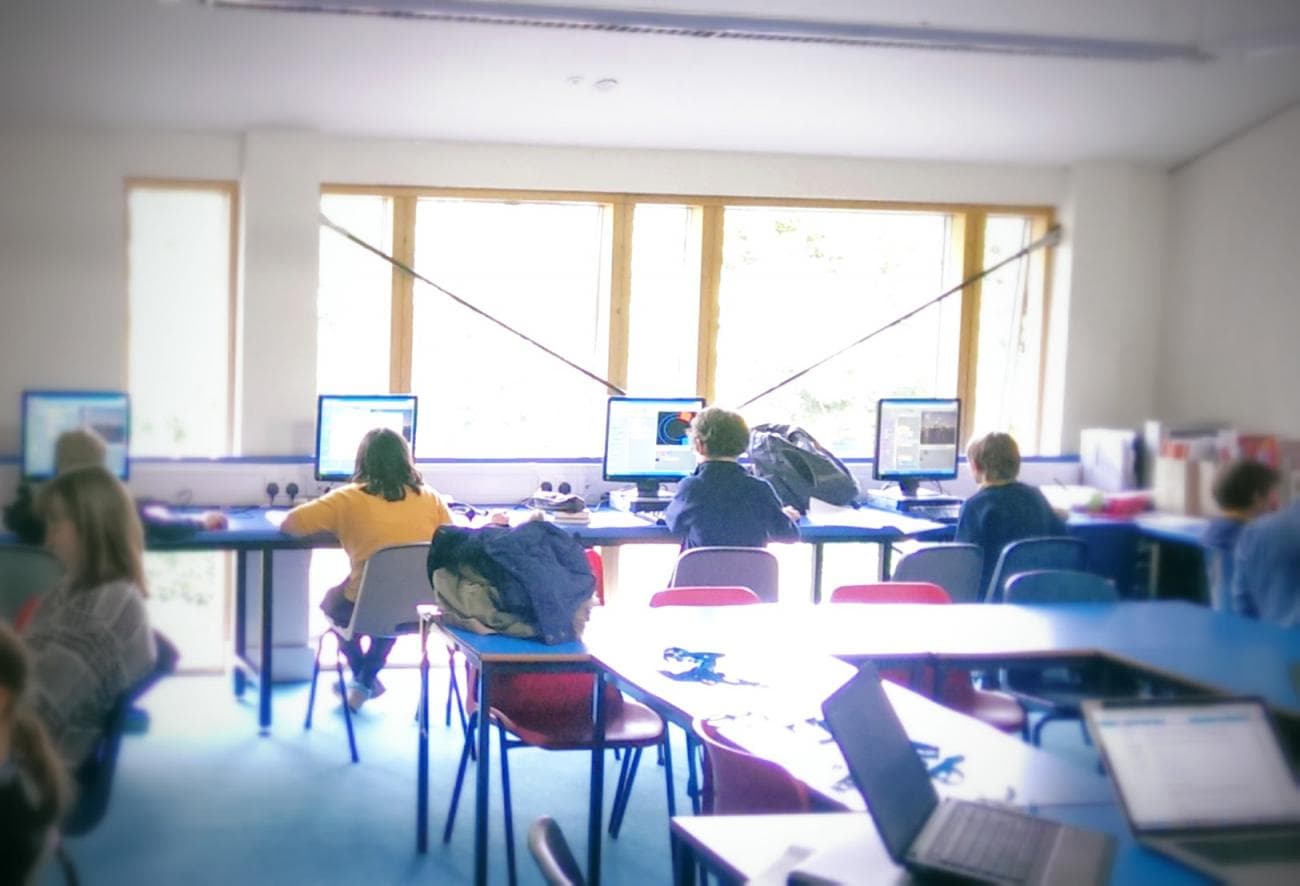 We really do have a fantastic group of children who all seem quick to learn new concepts.

Last week we worked on the 'whack a witch' project where we created a game of flying witches that you can 'whack' by clicking on as they zoom about the screen and clock up as many points as possible within 30 seconds.

Other than the basic looping and motion functionality, this introduced the concept of scope. We created two variables on the stage (score and time), with global scope, and another 'speed' variable with a scope limited to the specific witch sprite in question. This allowed the children to play around with different witches of varying size, traveling at different speeds and clocking different scores accordingly, by editing the local variables in each sprite. They loved this, and quickly set to work creating small ghostly witch sprites that would score hundreds of points when clicked.

Much fun was then had playing each others games which took up most of the rest of the session.

This week we started with the 'Fireworks' session, introducing the concept of broadcasting and listening for events. When the mouse is clicked, a rocket shoots up to the mouse position and explodes with a bang. When the rocket explodes, it broadcasts an 'explode' event, upon which the explosion sprite jumps to the same position and reveals itself for a short time. Again, eveyone picked this up pretty quickly, and at least 3 children moved on to the next session: 'Fruit machine'. I think the fact that the fireworks session had less playability, and no competitive edge meant that it didn't hold their attention for as long as the witch game the previous week. Having said that, a decent proportion did extend their firework explosions to expand, twist and twirl with different visual effects, prompting lots of 'wow's and 'cool's and 'awesome's.

How do I create a racing game?

One bright spark decided the projects were a little boring, and asked how to create a racing game while searching the web for help. He quickly found a tutorial on creating a simple racing game in Scratch, and spend the rest of the session creating and extending a racing game where two coloured squares (cars) could be steered and accelerated around the screen (the track). Impressive!

One of the teachers who joined us in the first week has started running the same scratch projects in the whole class ICT lessons, which is brilliant (not that I know what they were doing before). A decent proportion of the Code Club members are in this class, so those that completed the project in the club are now sharing their knowledge with the other less experienced classmates in the following week's ICT class. I attended one of the classes to help this week and was actually pretty redundent. I did notice some of the code club members were a little bored by this though, so perhaps it is not the most stimulating activity to go over the same material twice, but it is certainly good that more of the class are getting a go at scratch. Perhaps we should stagger the sessions, so that they are all working on something new in the next ICT class.

Next week, we're on to Level 2 projects, already! We kick off with the Fruit Machine, although a few of them have completed this already. I am looking forward to seeing how they all get along.