Something has been brewing in the tech co-op community: the idea of meeting up and sharing ideas between co-ops working in the same space, and possibly finding ways to work more closely together. Agile Collective decided to send Aaron and I up as representatives and to find out what we could do to bring our co-ops closer together.

The meeting/conference/shindig was mostly organised and driven by the fine folks at Outlandish and also a substantial amount of funding was contributed by them, which allowed us to meet in the fantastic Wortley Hall, a worker owned and run stately home. The conference was to run from Monday afternoon through to Thursday morning with most people able to attend the full days on Tuesday and Wednesday. In all there were 55 attendees representing 18 co-ops and organisations. Facilitation was provided by Seeds for Change, without whom we would have really struggled to form a cohesive structure. 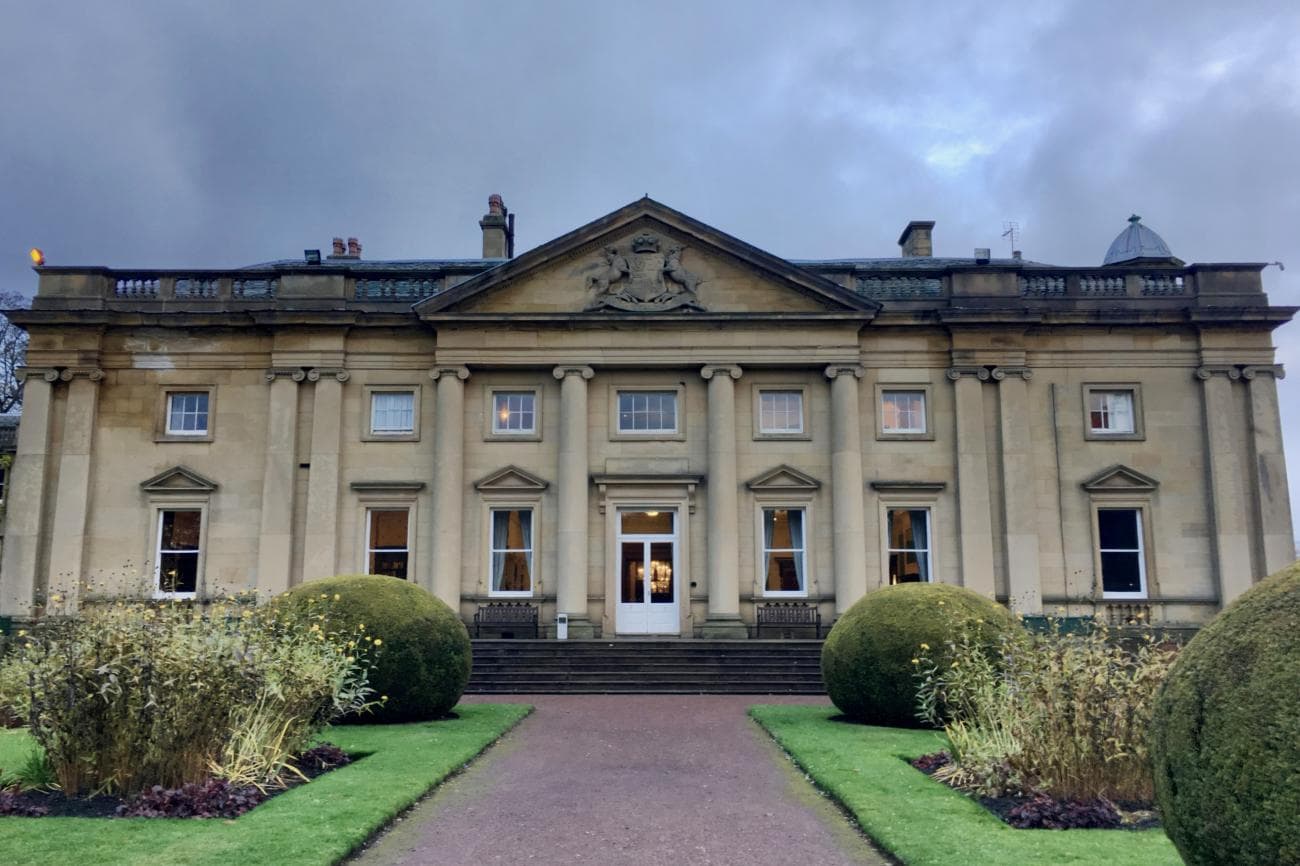 The main two days were split into multiple sessions where we began with skill and knowledge sharing and the second day was mostly dedicated to conceiving of ways we could work together and form a network of tech co-operatives.

I'm really pleased to say that things went extremely well, some fantastic ideas and concepts were shared, lots of practical and useful information was imparted which we were able to take back to our co-op. The idea of working together was very well received by everyone attending and we were able to make a start on naming the coalition, a wiki to identify all the network members, even an interim logo. We also identified and started using channels for inter-co-op communication and we hope to evolve this communication further with meet-ups and sending members for a day or two to work and learn at other co-ops. All in all a great success and a brilliant few days!

What follows is a diary style account of each day.

As Sally and I were in Middlesbrough seeing friends, we drove down to Sheffield to collect Aaron. While in Sheffield, we met up with J-P Stacey for lunch and a tour of his co-working co-op. After lunch Sally caught a train home and Aaron and I left for Wortley Hall, our home for the next few days.

Wortley Hall is a worker owned stately home above Sheffield next to the Peak District. Pulling up to the house in the car I was still wondering what would be ahead of us and whether I was the best person to represent our co-op here. We were greeted by the friendly staff and already some likely looking people were milling about, all very friendly and welcoming. Once I saw my grand bedroom – with four poster bed – I thought that no matter how exhausting the next two days might be this would be a good place to recuperate. 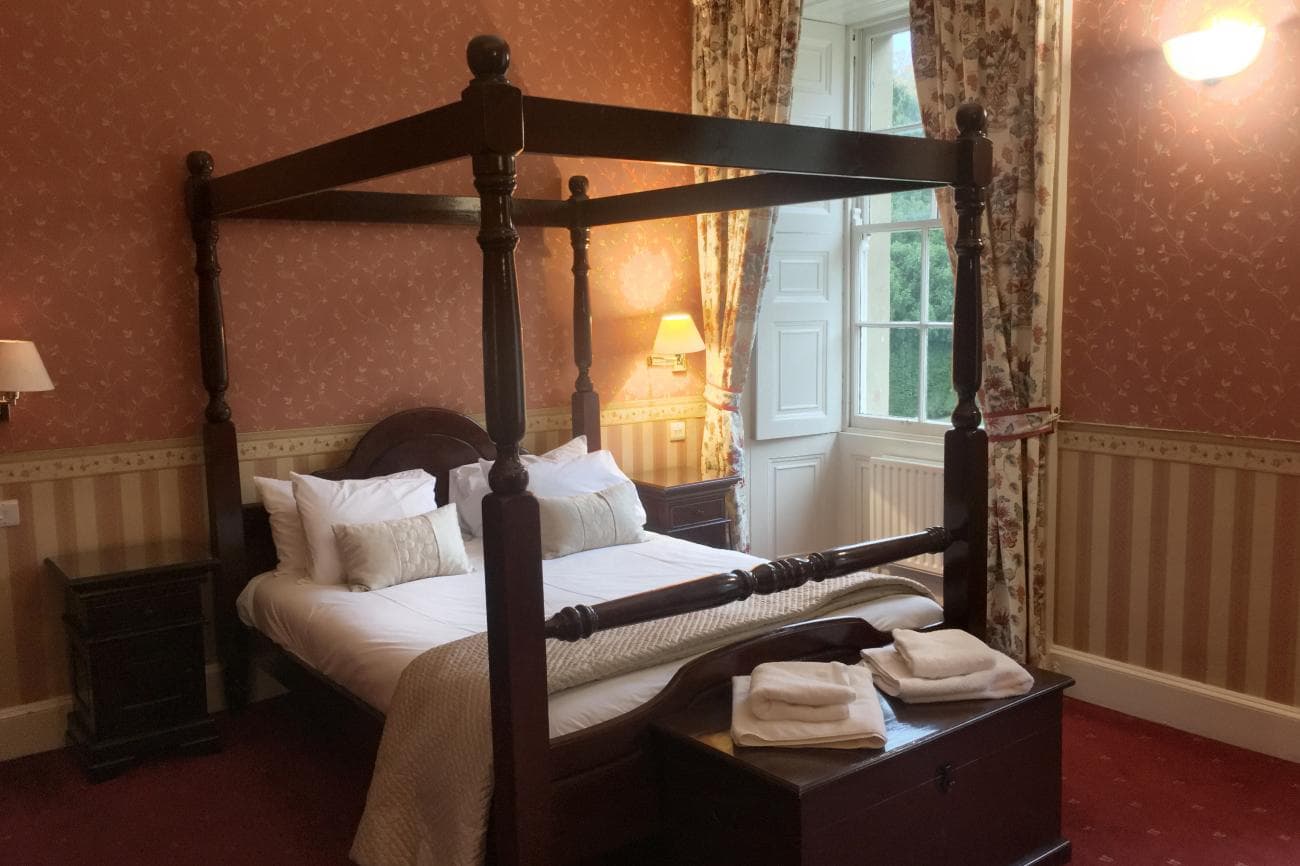 The first evening was an introductory session where we were skilfully guided towards understanding what would be expected of us in terms of participation and facilitation. This was led by Rhiannon and Becs from 'Seeds for Change' and helped us to start to form some structure around the coming days. While no agenda had been proposed, the structure would be to form into groups to discuss specific ideas. These ideas or discussion points can be proposed by anyone and facilitated by anyone, not necessarily the person proposing the session.

The big thing I learned from this first evening’s session is that FACILITATION IS HARD! I learnt this through a role playing session which I, rather reluctantly, said I would facilitate. In this small group session some people were to play difficult or belligerent roles and I must say they played them rather too well, at least for my mediocre facilitation skills. It was difficult not to take my failure personally but the feedback was very interesting and definitely reinforced my existing view point that facilitation is a valuable skill and not easily learnt.

After the session was dinner and an opportunity to chat and meet people. This is where a lot of the value of these kinds of things happens for me. Meeting interesting people and sharing common problems and solutions we’ve faced within our co-ops and businesses is quite fascinating to me. It really helps to remind myself that despite the problems co-ops face it really is a better model for running a business and empowering its employees.

Today was a full day of sessions starting at the very reasonable hour of 10am after a very civilised cooked English breakfast and copious amounts of tea. The first sessions were decided upon by everyone and we managed to minimise the amount down to three options or streams for the two morning slots.

I decided to go to 'Remote and Flexible Working' and as a remote worker I thought it would be good to share my experiences and hear how others are coping. In the session we talked through various problems people have faced. The key take homes from this session for me were to have a really good policy or ‘ground rules’ for dealing with remote workers and in particular communication. With a good policy we felt that a lot of the problems encountered could be dealt with. The policy would include things like the appropriate tools to be used for different types of communication, when people need to announce their availability.

We then had lunch and a session outside before it got dark. This was to pair up and talk about the concept of co-operatives working together and to rotate partners to continue discussing different facets of the issue. 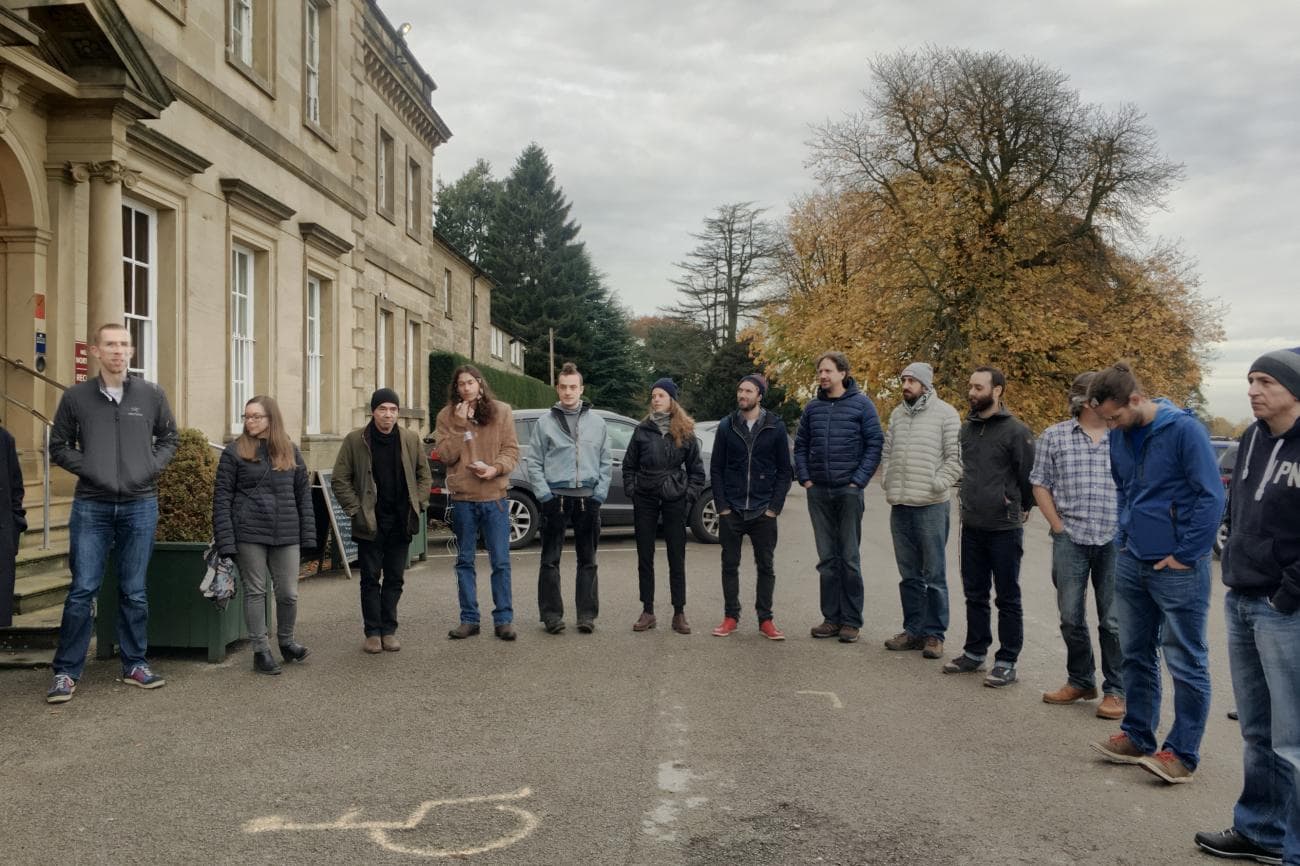 After that we went inside to form groups to discuss it further. I got confused and drew a picture. 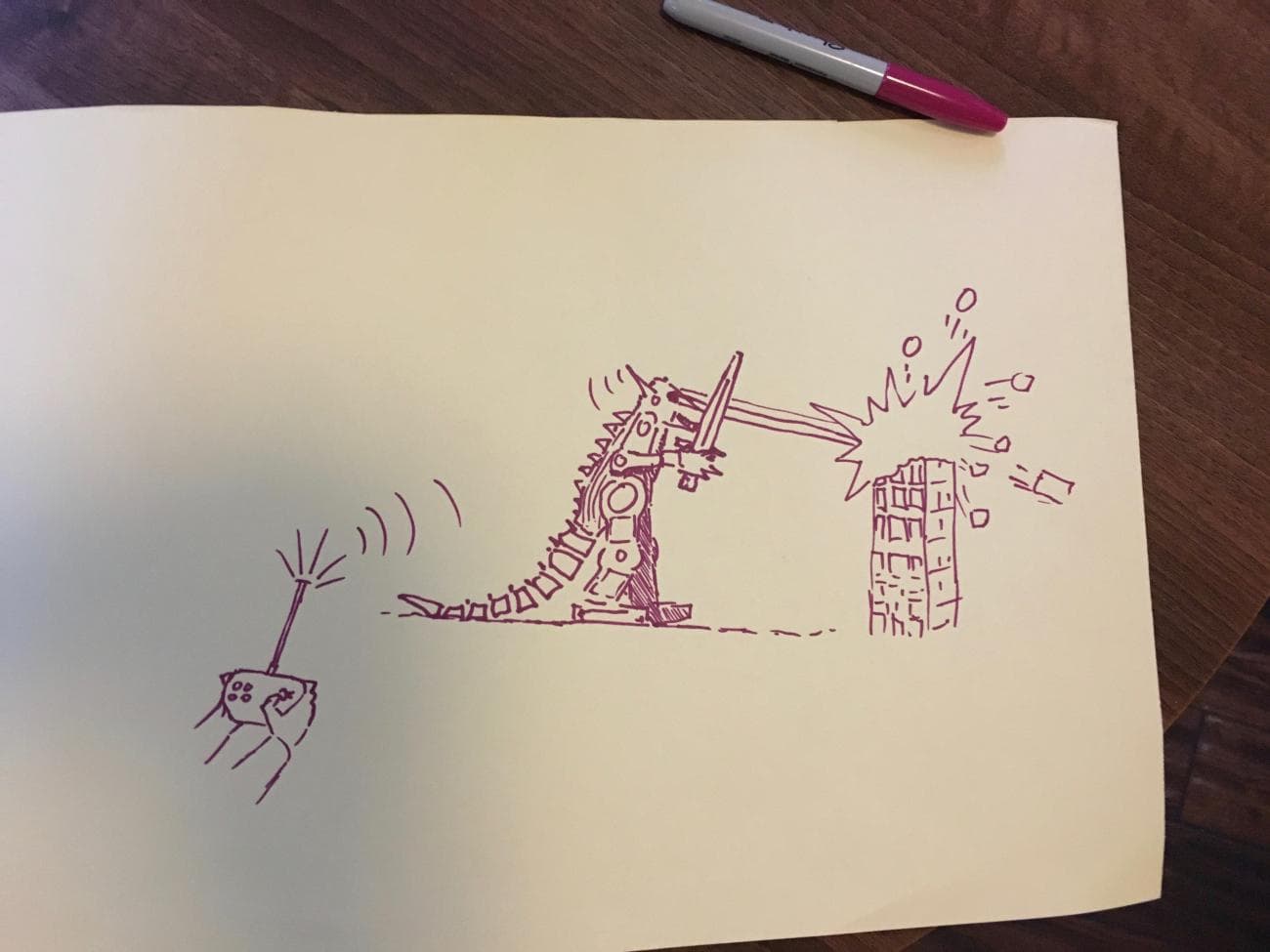 The first of the two afternoon sessions I picked was 'Tech for good'. This was about the difficulties faced when doing pro bono work or in attempting to fund projects with a social aim. This was an interesting discussion and Outlandish shared their frustration with having substantial profits that they would rather channel into the co-operative movement than to donate to charities, in an attempt to address the cause rather than the symptoms.

The second afternoon session I attended was called 'Collaborative Tech Tools for co operatives'. This a session based around a presentation Outlandish put together about a tool they created to integrate nearly all of their whole project life-cycle. There was also a chance to share the tools we currently use and identify areas where tools are currently lacking.

The final after dinner session on special request was to listen to Kate from Enspiral present their entity and how it works as a potential case study of a large tech organisation made up of many smaller organisations. This was extremely informative and challenged some of the preconceptions about co-operatives here in the UK.

After all that I was wiped out and decided to slope off to bed and try and get some decent rest.

I started my day with my alarm set at 6am so I could get up and go mountain biking in the nearby Peak District. It was still dark and I hadn’t had a decent sleep due to some people drinking and carrying on the night before. But it felt good to make the effort and I had unfinished business with Cut Gate Path which happened to be very close. I jumped into the car after greeting the bewildered member of staff on night duty and drove up to Langsett Reservoir, the beginning of the trail. 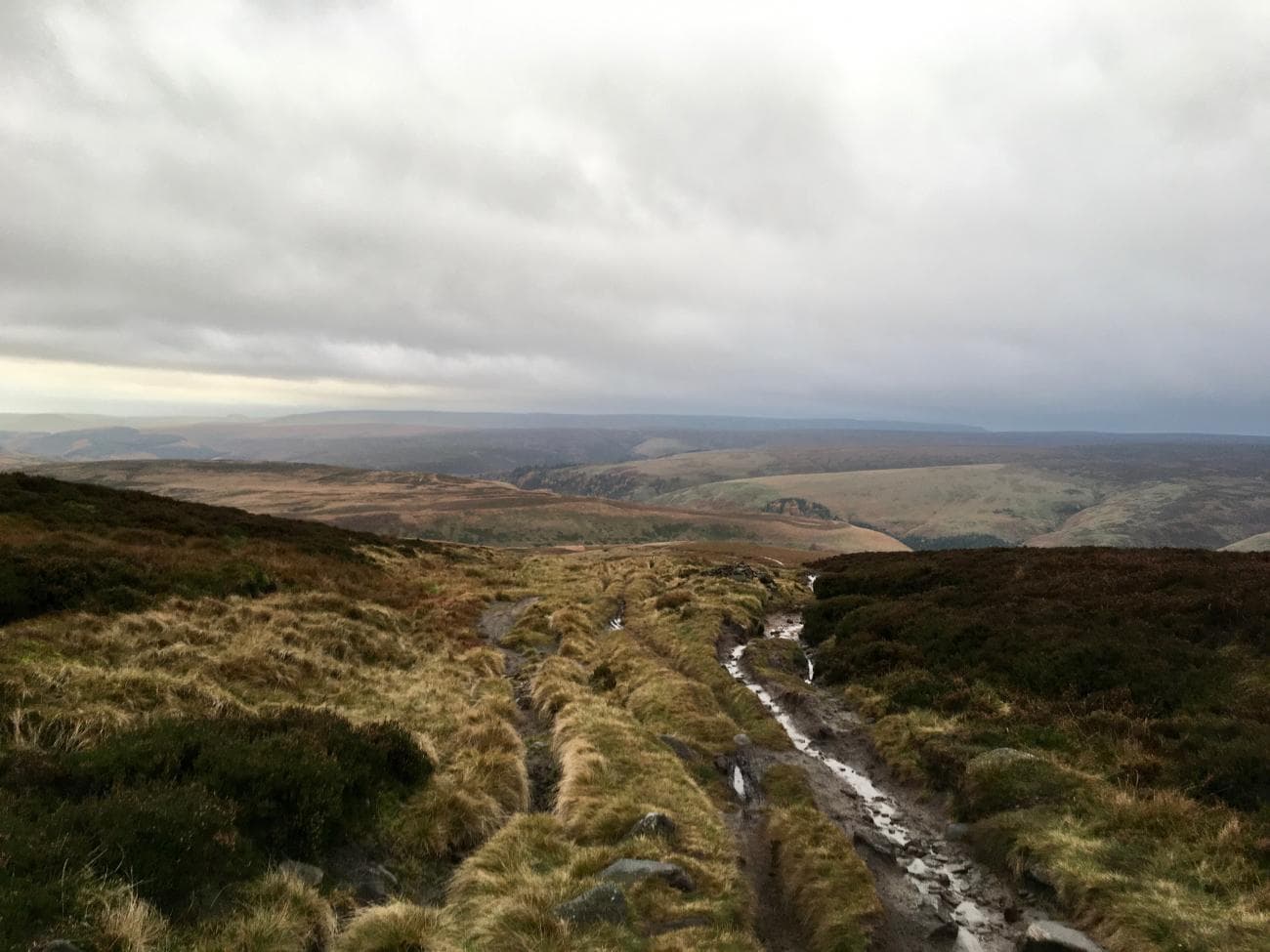 It was still dark with an almost full moon ahead and the orange glow of a sunrise behind. The wind was howling and I started to question my sanity as the exposure to the elements increased the higher I got. Cut Gate Path is an intense climb up into the moorland along a wet and boggy rock strewn path which is an extremely challenging technical climb. The descent back down on the other hand is a wild ride over rock gardens and through streams with drops and narrow rocky technical lines. I even managed to get back in time for breakfast, having missed only a fire alarm and fire engine called out due to a faulty alarm.

The sessions began as yesterday at 10am and we started by deciding what groups to form to start thinking about practical outcomes of different aspects of the tech coalition. I chose to contribute to the 'Skill sharing and mutual support between co-ops' session, again as the minuter. In this session we looked at various practical ways we could encourage skill sharing and support and came up with a few good ideas. Each of the five groups then presented their ideas in turn to the attendees as a whole.

After a break for lunch we reconvened in the ballroom for our next assignment which was to note down some ideas or words for the proposed coalition’s values. We were to do this while wandering the grounds of Wortley Hall and I confess I was so tired and enjoying looking at the beautiful trees and foliage that I only noted down one word. We then tried to show support – or not – for these values but it soon became apparent that it was too early for this process, and it was too cold outside, so we headed back in for one final session.

These were much smaller groups as people had to leave to get transport home. Aaron and I were going to join the group in the bar called either the 'burn out' session or the 'bum out', we couldn’t quite work out which, but got distracted by beverages and got into a discussion about design to front end process and internal co-op matters.

As I’m writing this, it's now dinner time so I need to go fill my belly one more time then its party time with a D.J. spinning the tunes in the bar area.

It’s been an amazing couple of days with a lot of information learnt and shared and my head is extremely full while my body is very tired. I hope I’m able to transfer enough of this information back to my co-operative and that the enthusiasm I feel for this coalition is felt by the others in our co-op. I also hope to be able to attend future meetings of this nature – there is nothing else like it and so much good can and will come from this first one that I want to be part of future ones.

Other blog posts about this conference: