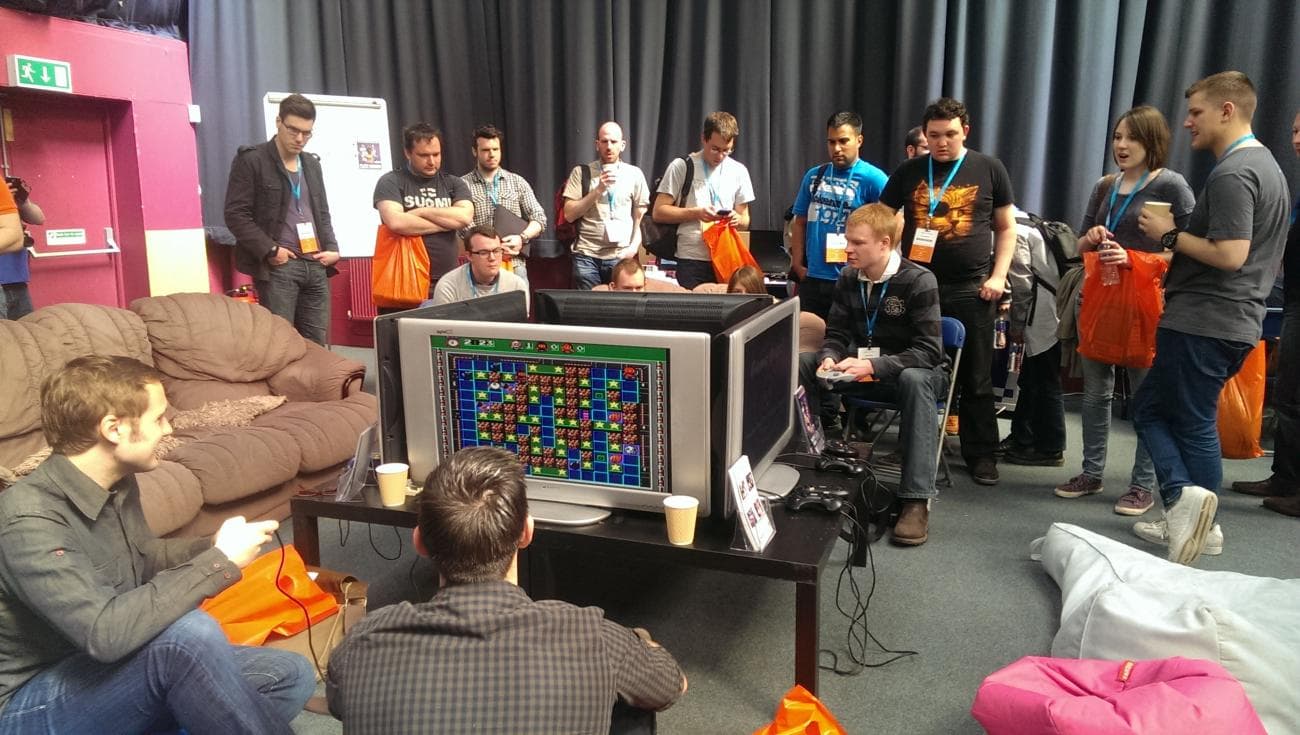 Now in it’s third year jQuery UK has become a major front-end web development conference, and it's right on our doorstep in Oxford.

After getting off the train at Oxford station on a bright and sunny May morning I made my way towards The King’s Centre, via a short stroll through Osney Island and alongside the River Thames. I was greeted on the way by some of the events team, directing me towards jQueryUK. Organised by local web company White October, it has now become more than just jQuery - it’s now a full tour of the frontend landscape.

The speaker lineup was varied, from history lessons in HTML to technical JavaScript tricks, to a live demo of a Nodecopter! Here are some of the top takeaways I took from the event:

jQuery 2.0 is not about new features

Adam J. Sontag kicked off the conference with "A state of jQuery". Reporting back that the work done on jQuery 2.0 has been on focusing around improving what's already there, rather than adding new features. The jQuery team have been working with other groups and platforms, such as Node.js, Globalize, Ember and many more to improve interoperability, and to make sure modern web standards are adhered to within the library. With 45 million users the library is dominating the web and is now relied on by a huge number of sites, so it has been a conscious decision to keep it as streamlined and performant as possible.

Reinventing the wheel is bad. For a specific app you might not need jQuery, but we as a community do.

In response to recent articles on the need of anything more than "Vanilla" JS, Adam proclaimed that "You might not not-need jQuery" and spent some time, quite hilariously, going over the reasons as to why you really do need jQuery.

HTML is more amazing than you knew

Jen Simmons gave us a fascinating tale of the history of the internet (and the web) in her keynote "A love letter to HTML". She talked about the other competing technologies of the web & HTML in their early days, and why the web won; because it was so encompassing, open and flexible.

The internet != the web.

One of the most impressive features of the web is how robust it is, a web page built in 1992 will still work in any modern browser (there's even a '92 browser emulator, so you can check: the Line Mode Browser) and from that we can learn a lot, and we should ensure we build things in a future friendly way.

CSS is the new Photoshop

There's been a shift toward designing in the browser in recent years, and CSS with the help of preprocessors such as SASS, and new advances in browsers technology have been enabling more advanced and creative techniques. We're now seeing a move away from traditional graphic design tools and into new territory.

Lea Verou gave a thorough overview of one such area in her talk "The Chroma Zone: Engineering colour on the web", she went into a captivating and fast paced history of digital colour and moved onto some practical and useful tips for using colour now, like using luminosity instead of lighness to decide the truly perceived lightness of a colour - very useful when deciding to use black or white text ontop of a coloured background. Her presentation was packed full of impressive live demos, almost as impressive as her GitHub repository list.

There was also talk of new and exciting features of CSS for design from Lea, and later from Divya Manian who showed some cutting-edge uses of CSS filters, mainly on photos of cats, of course.

What can't you do with JavaScript?

The day was packed full of newly emerging technologies and techniques for managing your ever growing frontend stack. There was an excellent variety of subjects discussed and the conference itself was brilliantly organised, so overall a highly successful day out. There's way to much to talk about in this short blog post but some other highlights included: The retro gaming lounge, web-shop branded ales at the #JBeery after-party, Andrew Betts' talk on web components and their Origami framework, and of course the hoodie controlled nodecopter finale to the day!