A long standing feature request has been bogs. For a while we thought that maybe the localgov_news content type and information architecture would be able to serve the needs of blogs, but further inspection suggested a separation of news and blog content types to be a good thing. Some sites might want a blog, some might want news and some both. The main structural difference being that blogs tend to be written by a named author and have categories. From the content strategy perspective, news tends to be factual, blogs tend to be more opinion and comment. So in sprint 11 Maria and Mark took the work started in sprint 10 and extended it with layout and structure informed by the GDS blog, with categories, authors, a list of recent posts and importantly, multiple blog channels to support different streams of blog posts on a single site.

Technical debt is an interesting concept and it scares the bejeebers out of me! It is the idea that if we take the easy route now, we will have to change things later and this could have a bigger impact and take significantly more work at a later stage.

The upgrade to Group 3.x from Group 1.x is a case in point. We have been building on Group1.x which allows us to compartmentalise content and users into ‘groups’, in our case ‘microsites’. This is great, but development has moved on rapidly with Group 3.x which has a significantly more mature approach to ‘grouping’ things. This now includes configuration, potentially supporting things like webforms and taxonomy vocabularies which are not groupable in Group 1.x.

The decision to try to do this before we make a beta release of microsites was made by the Microsites Working Group with technical guidance from the project team. We spent time estimating the range of work required to upgrade to Group 3.x and realised we would need two more sprints to be able to comfortably complete this work. A procurement is under way to support this, so we have an updated release schedule that hopes to have this work completed before a beta release in November. 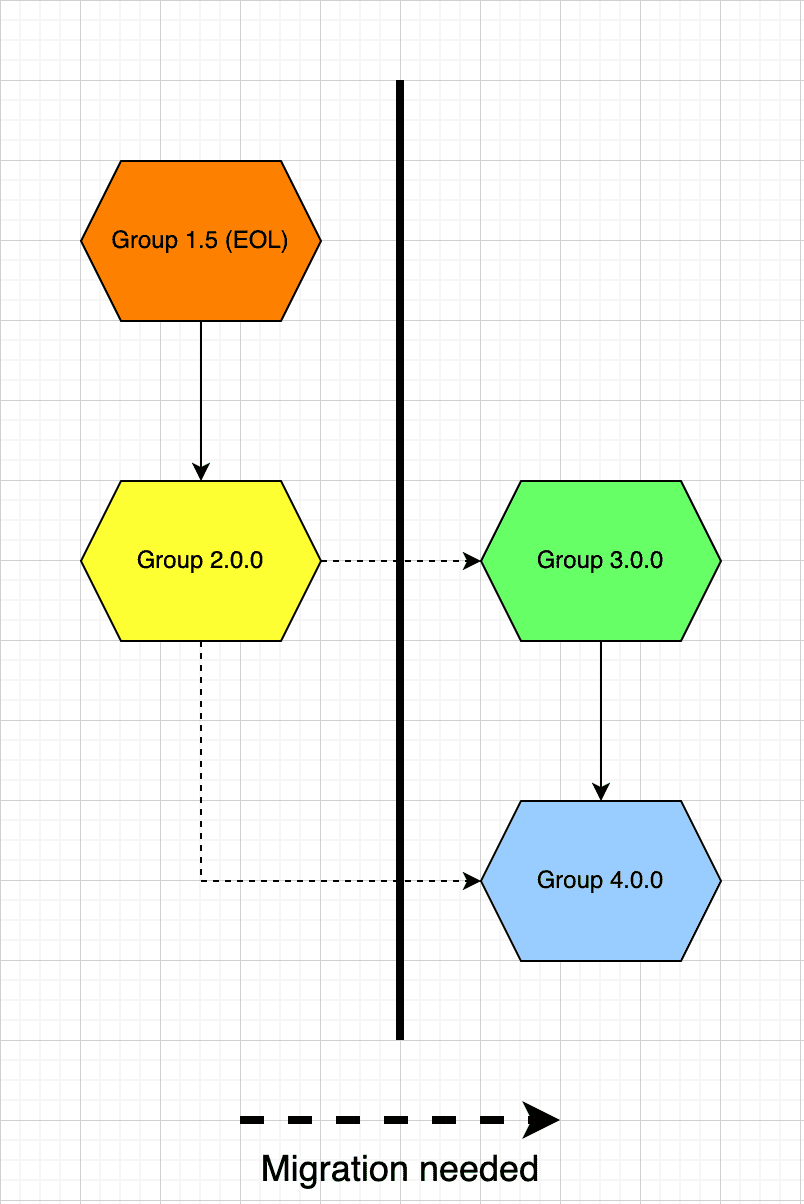 There are also lots of small bugs that need fixing, some specific to the microsites project, others on LocalGov Drupal proper, or Business As Usual (BAU) as we’ve been referring to it. These include a ‘white screen of death’ situation when installing directories, an empty map displaying when you have a directory with the potential to have locations, but no actual location data. Continuing to fix live issues is an ongoing and important area of work that we  need to attend to as the project team but will also need to find resource for when the project finishes.

The move to use Layout Paragraphs 2.x rather than 1.x has been a while coming and affects both LocalGov Drupal proper and LocalGov Drupal Microsites. The improved user experience for content management was the primary motivation, but also the 2.x branch is where active development is taking place, so any improvements we want to make to the project such as improving accessibility are best made on the 2.x branch. Stephen wrangled the dependencies out of localgov_microsites into localgov_paragraphs and we co-ordinated a few releases to get the upgraded dependency on layout_pargraphs 2.x in place.

There are a number of nice features of layout_pargraphs 2.x including the ability to duplicate a paragraph or section and exposing the paragraph type in the modal form.