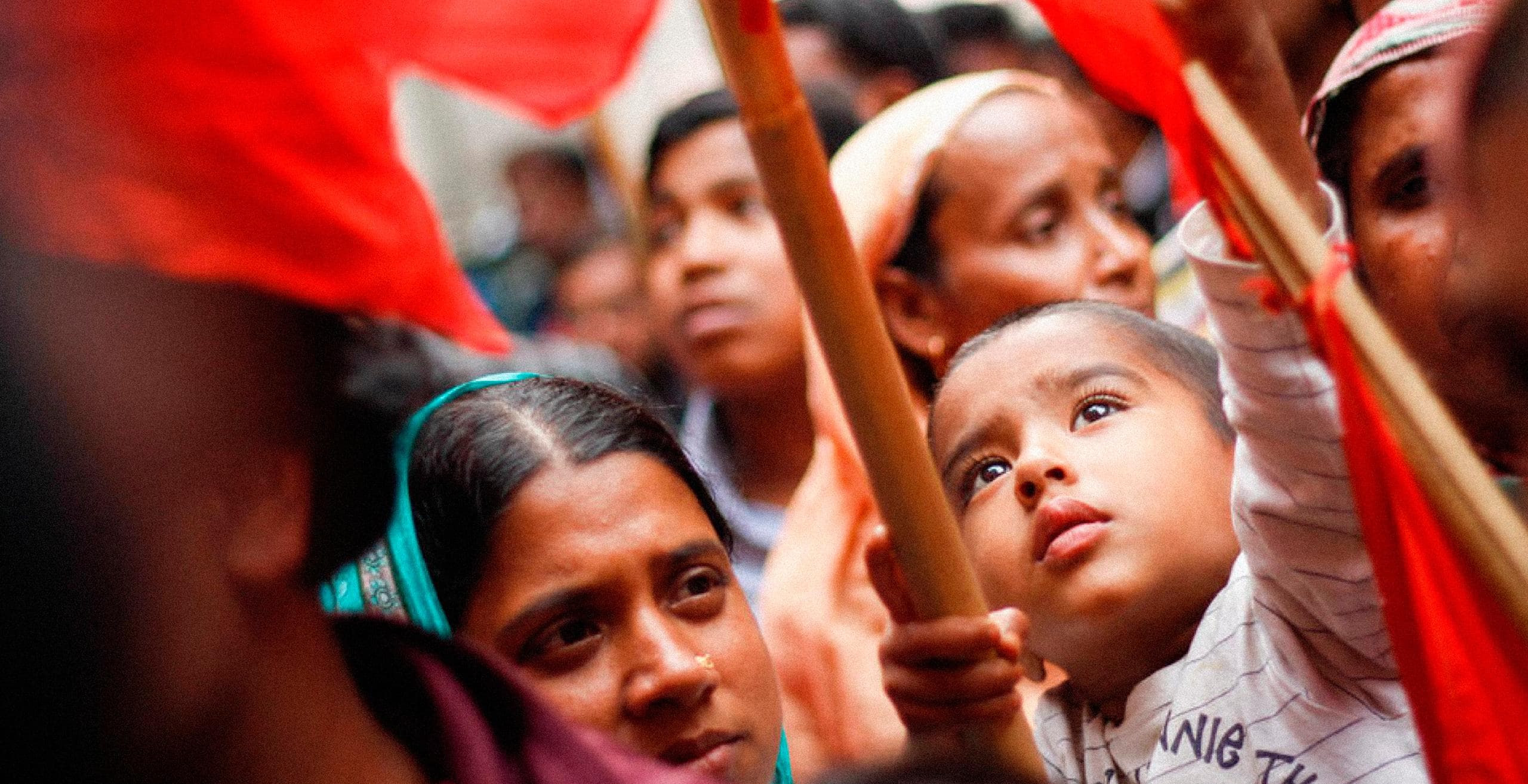 War on Want came to us during a time of significant change. They were in the process of redeveloping their organisational, communications and membership strategies alongside the development of a new website and content strategy. In addition to this, in the early stages of the discovery process, a brand refresh was introduced.

The discovery and design process for the project kicked off with a Theory of Change exercise. For various reasons, War on Want needed to push forward with the website redevelopment even though a strategy review that had begun 9 months earlier was delayed by Covid-19. Therefore, we found ourselves in the difficult position of trying to anticipate, rather than build on, the communication strategy.

The Theory of Change process was introduced to help all stakeholders come to a shared understanding of the project goals and how best to anticipate the strategic direction. This helped us to define high-level communication goals in the form of KPIs.

This expanded the content strategy that we had originally planned to include a review of how the website fitted into the wider communications strategy. Through the Theory of Change, it was discovered that the website had a younger demographic than originally understood and this was an opportunity to build a new community and re-align for a younger campaigning audience. As a result, an overhaul of the extensive content was essential. 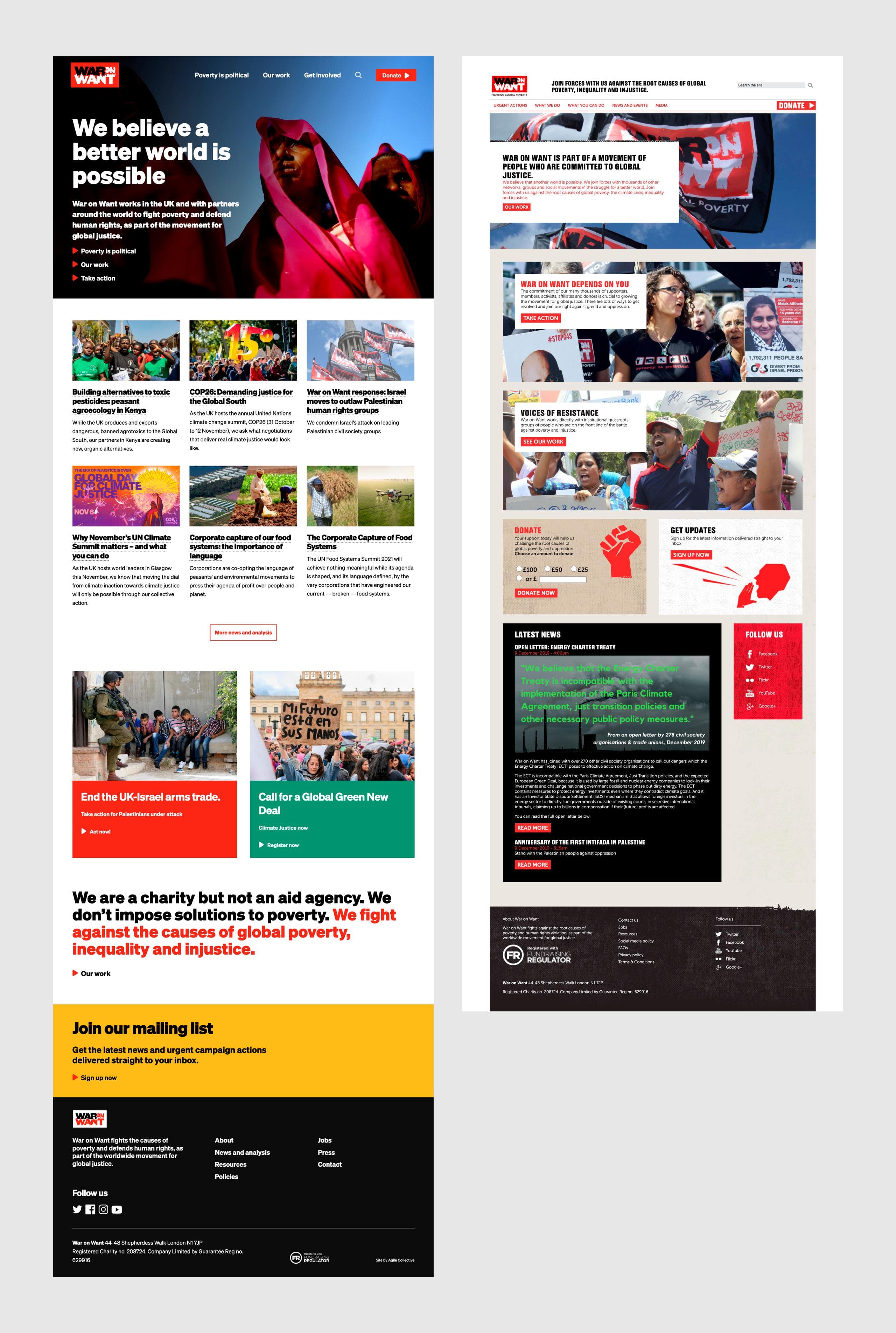 While War on Want weren’t at a point to undertake a complete rebranding process, they wanted to undergo a brand refresh with the new site. The existing brand wasn’t accessible and didn’t reflect the strategy that had been devised which focussed on a younger audience. Through some small changes to the logo, expanding the colour palette and updating the typography, a brighter, cleaner and more flexible brand was introduced, without the cost and implications of a complete rebranding process. 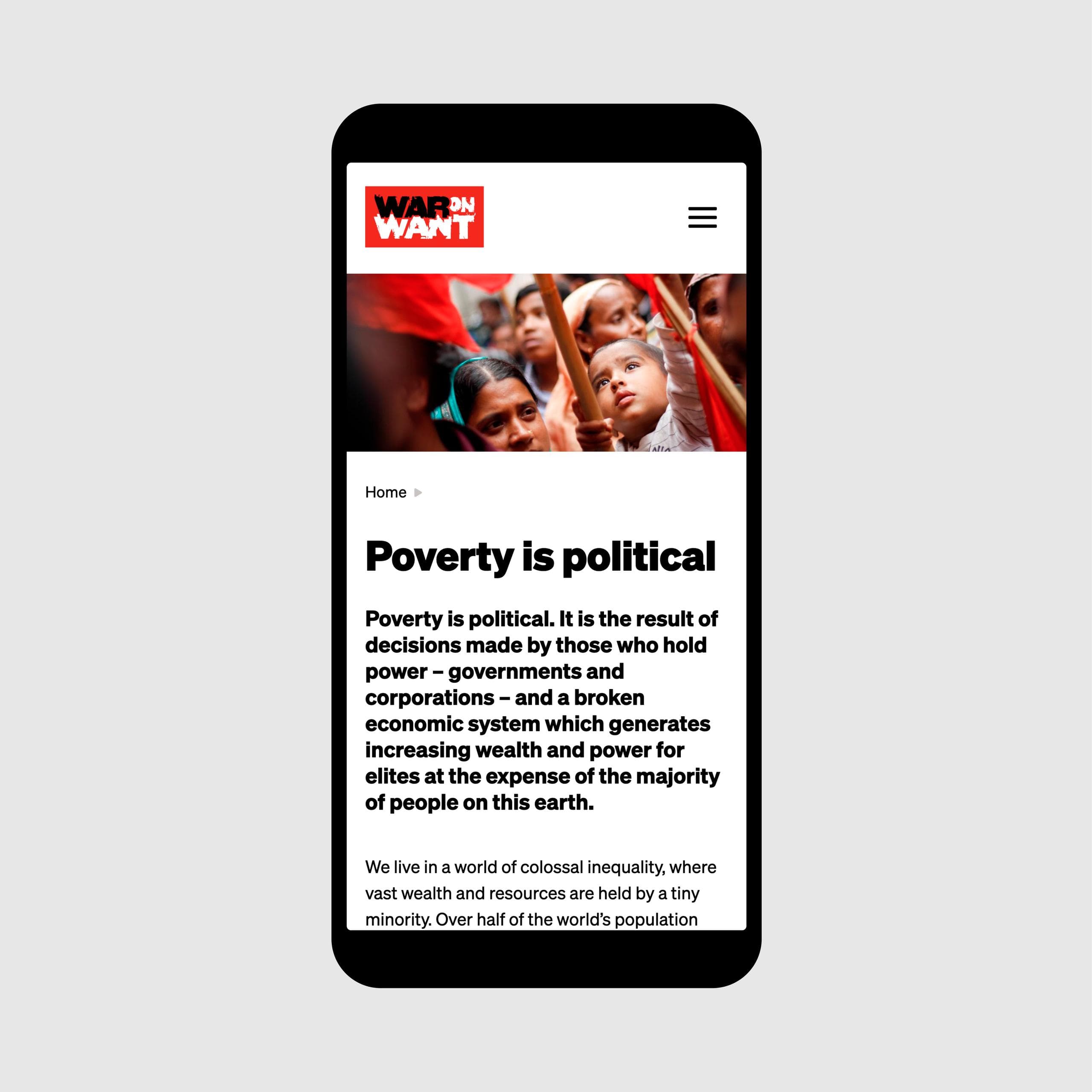 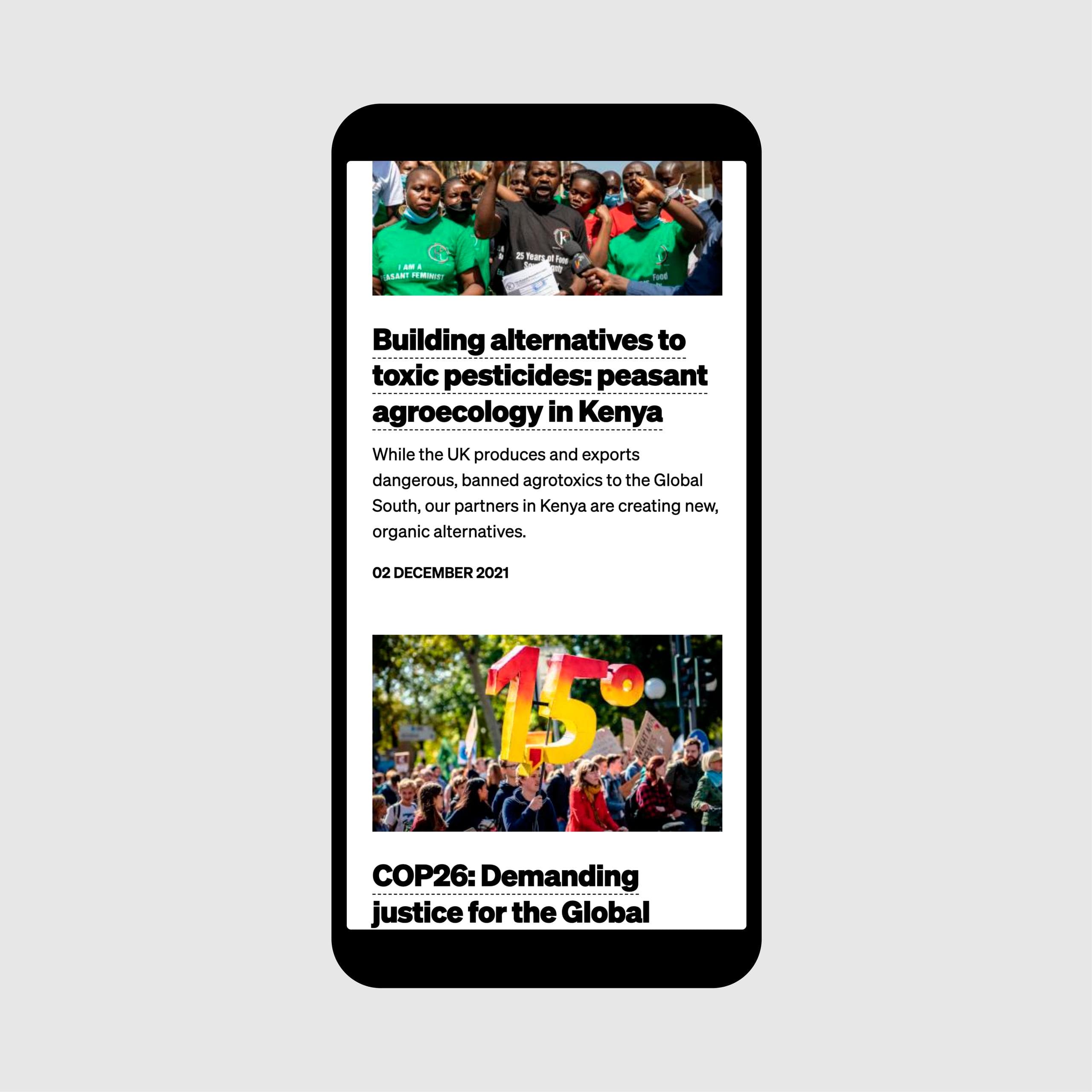 War on Want had a significant library of content they wanted to migrate from Drupal 7 to Drupal 8. This was largely resources in the form of PDFs, but also included some news articles and reports. While this was initially out-of-scope, following the Theory of Change and the design process, it was understood that a significant amount of the existing content was still regularly viewed by users, despite dating back over 10 years.

As the content strategy involved making significant changes to the way news and resources in particular were presented, War on Want undertook a content audit to only update any content desired for migration to work within the new content types – such as updated taxonomy, page layout and images.

The end result was a notably decluttered site demonstrating War on Want’s current work and past activities without completely purging or recreating older content.