On Monday we had the opportunity to share the work we've been doing over the last 4 weeks with the 7 charity stakeholders in a playback session.

Our playback involved presenting our discovery report, in the form of a publicly accessible slide deck, which you can find at http://bit.ly/discovery-playback.

The charity stakeholders received our findings well and all agreed we are going in the right direction, which was reasuring and rewarding.

Chris and Gilly from Cast / Catalyst also expressed their enthusiasm for the work done so far and acknowledged how engaged the charity stakeholders were. It took quite a bit more work to review all the feedback, collate, synthesise and prepare for the playback than we expected, but it was well worth it.

During our interviews and testing conversations it became apparent that the term 'guidance repository' was a source of confusion for some poeple. Gathering suggestions and performing a rapid poll while on the call revealed strong support for the item of content being called a 'resource' and the place where we can search and browse for resources being called a 'hub. So "Resource Hub" replaces "Guidance Repository" as our preferred name for this product. Democracy in action!

While we had engagement on the call, we put another poll to the stakeholders to gather popularity of priorities for future work. This listed all the features that had been mentioned so far to allow us to identify which were most popular and pehaps candidates for brining into a build sprint if time allows. 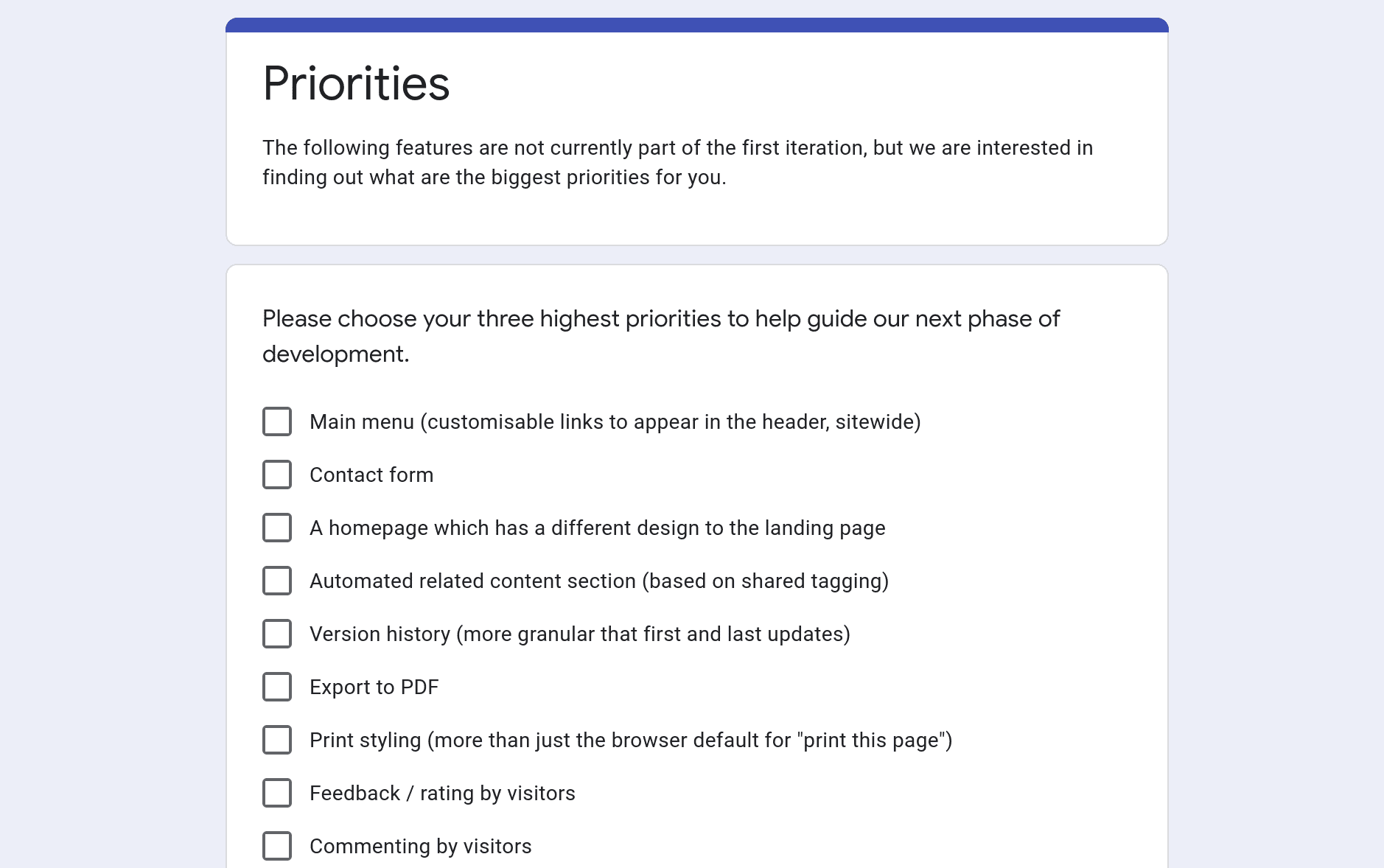 We also had some interesting new ideas from the stakeholders too, such as a centralised resource hub that all charities could feed into and pull from, extending to the idea of a federated resource network, with a standardised data format of a resource, the potential to push resources out from the charities own resource hub or pull others in if they were relevant. These ideas are almost certainly beyond the scope of the alpha phase, but are exciting ideas that will help shape the future direction of this project.